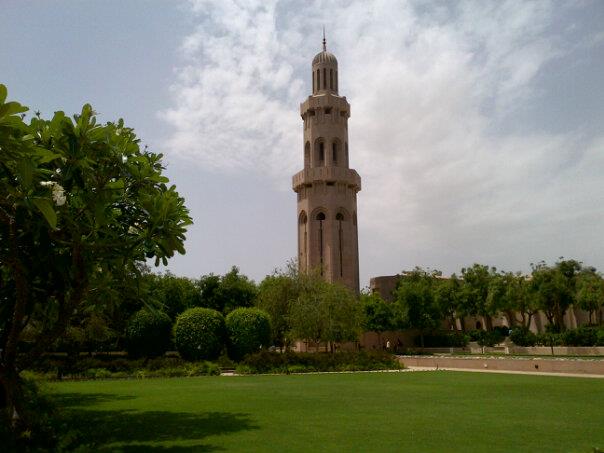 A three-hour flight, in my opinion, is not too much of an effort to experience nature at its best. And that’s how fast we reached Muscat, the capital of the Sultanate of Oman. First things first, Oman is not your run-of-the-mill shopping-spa-massage-and-nightlife sort of holiday destination. What it offers is serene locales and ample breathtaking moments, from dolphin to turtle watching and from desert safaris to experiencing the tranquillity of a beautiful mosque.

Call it a good omen or sheer serendipity, my journey began with a visit to a holy place, the Sultan Qaboos Grand Mosque. An architectural marvel, the mosque, built in 2001, with tonnes of Indian sandstone, spells beauty just like the landscape of the country. 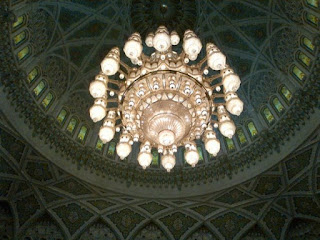 The first glimpse of the city says it all. This destination is not just well endowed with scenic beauty but is well designed too. No skyscrapers to make it one of the many urban concrete jungles; there is a virgin-feel to the place that makes it a perfect holiday getaway. Albeit it does not mean that Oman has no great landmark buildings. The Bait Al Alam Palace is a photographer’s delight and so are the various ministry offices. One cannot help but be amazed at how well designed the capital city of Muscat is, given the fact that modernisation of Oman began as late as the 1970s. 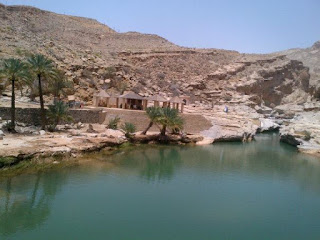 If a road trip is your idea of a holiday, Sultan Qaboos’s land is a delight! An envious infrastructure, with roads sans any bumps and most distances easily commutable by road, this small country, which does not have trains or public transport, is a dream come true for road travellers. We hopped from one wadi (oasis) to another in a mini-bus, soaking in the beauty of the landscape—spic and span roads, small villages, quaint beaches and rocky mountains. 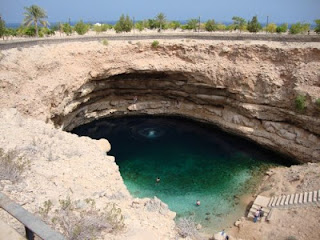 Our next stop was Sur. Around 150 km from Muscat, the journey towards the city of Sur was nothing short of a delight—we saw the picturesque Wadi Bani Khalid, the Wadi Shab, the Fins Beach, a serene white sand beach and the Hawiyat Najm Park. As we watched, transfixed by the magnificent natural appeal, our tour guide, Mohammad, regaled us with an interesting story behind the Hawiyat Najm. Locals believe that a star (najm in Arabic) fell on the spot of the land that resulted in a natural depression that is now a lake, the Hawaiyat Najm. As we gazed into the azure blue water of the lake and listened carefully to all the stories of Mohammad, we realised that Oman is a mystical place, where the ancient and modern exist in perfect harmony.

Though the country has many retail malls and local markets called souks, it doesn’t boast of huge malls like tourism-driven Dubai. However, tourists can get good bargains on cheap electronic items, local perfumes and exquisite gold jewellery.

I am not exactly a wildlife enthusiast but when there is an opportunity to watch dolphins prance around the waves and see turtles lay eggs in close proximity, who wouldn’t be game. After an hour of boat ride, off the coast of Muscat, we reached the dolphin-spotting area. It was a wonderful sight to behold: the water mammals galloping in the sea with the sun shining bright above the splendid blue sea. Oman is not typically known as a dolphin hot-spot, so seeing them in plenty came as a pleasant surprise!

Our next stop to experience nature at its most splendid was at the Ras Al Jinz Reserve that has turtle nesting beaches. Our guide led us to the beach in the night. Once we reached the spot, in the silence (lest the turtle gets disturbed), we watched a large turtle laying eggs in the sand nest it had dug, under the stars. They say there is something romantic about discovering the simplest of things in most weird ways. That night was romantic!

After experiencing a serene night, the next day was nothing short of an adrenaline-pumping adventure. Under a scorching sun, mercilessly beating down upon us, we hit the Wahiba desert for dune bashing and quad biking. And after an exhilarating desert adventure, what more could soothe the nerves than a camel ride. Spending time in a desert is probably one of most wondrous ways to come close to nature.

As I savoured some dates and sipped the traditional Arabic coffee inside the desert tent, American author Edward Abbey’s words resonated in my head—‘But love of the wilderness is more than a hunger for what is always beyond reach; it is also an expression of loyalty to the earth, which bore us and sustains us, the only home we shall ever know, the only paradise we ever need - if only we had eyes to see.’ May we experience more such wilderness.

(The article was publiched in the Sunday Financial Express)

Posted by Vishakha Talreja at 4:39 AM