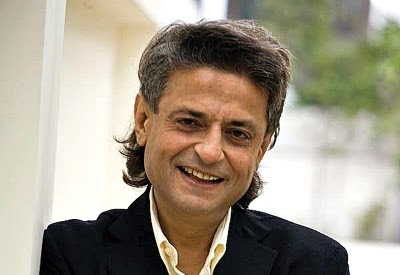 The man gave new dynamics to the ‘affordable’ hotels segment when he launched Lemon Tree Hotels. And meeting hotel entrepreneur Patu Keswani for a cup of coffee or lunch is always an exhilarating experience. When I catch up with him this time, he is on the brink of rolling out yet another ‘affordable’ product—housing, in this case. The Lemon Tree Residencies will be launched in partnership with private equity firm Warburg Pincus. While the first set will come up in Gurgaon, Keswani is looking at NCR, north Bombay and Hyderabad for developing his projects.

On a clear afternoon, the weather is perfect for sitting outside. We choose a table in the lawns of coffee shop Blooms at the Intercontinental Eros. A fitness freak, Keswani avoids luncheons, but settles for a single shot of espresso in a large cup to keep him going. If it had been for a meal, then the choice would definitely have been mutton, as “that is what a true Sindhi relishes”, he says.

As we move on to his latest interest, Keswani says, “It’s a 51:49 joint venture, where I am the majority stakeholder. The investment in the real estate company will be around $100 million to begin with. At a later stage, Warburg will invest another $100-200 million in the asset management company”. Warburg Pincus has also invested in Lemon Tree Hotels.

The terms ‘budget’ or ‘affordable’ seem to be a constant in Keswani’s business ventures. First it was mid-market hotel company Lemon Tree. This was followed by budget hotels called Red Fox and now here are the affordable housing projects. However, he underlines that the residential project will be affordable and not low-cost, with the units priced above Rs 10 lakh. He passionately dwells on the issues of transparency in real estate, with developers charging for add-ons like parking and preferential location. He is sure that his pricing for the housing units will not be opaque.

He looks dapper in a blue collared shirt, pullover and jeans—unusual for a hotelier, most of whom don expensive suits. But he confesses how suits were the first thing he gave up when he started working for himself. The statement-making ponytail with a lemon-coloured bow has also gone, but his quirkiness remains. Keswani loves playing bridge and just when I label him flamboyant, he says that if he were to describe his company in one word, it would be ‘middle-class’. He builds budget hotels and all the people he recruits have similar middle-class values, he insists. Interestingly, he claims that at Lemon Tree at least a 100 people have made a crore plus, thanks to the Esops. “That’s my way of thanking them,” he says.

Talking about entrepreneurship, he lets out a wisecrack from his kitty. There are three types of people. The first type wonder what happened, a second category is of those who watch it happen and a third category is of those who make it happen. “Entrepreneurship is when you make it happen.” As soon as he finishes that statement, he adds, “Though when it comes to 2G, most of us wonder what happened!” He borrows his next one from Warren Buffet, saying how it’s all about winning that ‘ovarian lottery’—the luck of the draw that decides where one is born. “If one is born as Mrs Gandhi’s child, he or she has won the ovarian lottery to become the next prime minister. Similarly, someone who is born into the Ambani family is also lucky,” he chuckles. Of course, entrepreneurship bluffs the rule of the ovarian lottery, with many making it big irrespective of where and how they are born.

But that’s not all, there is more to Keswani’s HR policies. As he sips his espresso, looking dreamily at the garden, he tells me how around two-three years back he started recruiting mute people for his hotel company. The fact that he has worked for the Tata Group for more than 10 years at its flagship hotel brand, Taj, has instilled some strong business values in him. “I recruited them as gardeners, kitchen assistants, house keepers and laundry assistants and found out that they were good, but the regular staff was not able to complement their work style. So we trained our managers in sign language, so that they could communicate better with these differently-able employees.” With around 100 deaf and dumb staffers on the payroll of the company now, and regular training modules for them in place, he himself has picked up sign language and demonstrates “How are you?” in sign language. He even teaches me a thing or two. While initially he recruited the deaf and dumb as back-end staff, he now has them as waiters too. Therefore, the food menu at his hotels is numbered, making it easy for the differently-able waiters to understand the order. Keswani points out that around 1% of India’s population is mute and with India Inc high on CSR initiatives, there are many companies that want to hire differently-able people. He admits it’s both nation building and a business opportunity. He takes a smoke break, lighting his Benson & Hedges cigarette; I finish my salad.

So what’s next in line for the man who believes in making a difference in his own small way? After hotels and the residential sector, he will invest in education and has already started his pilot project for imparting vocational training to school pass-outs, increasing their chances of employability. On the hotel front, next year is when he wants to make his company public, when the company’s room inventory will touch 3,000, up from 2,000 rooms at present.

He says since it’s a mid-market hotel brand and not five star, it will be interesting to see the kind of valuation it gets. Initially, the plan was to go for an IPO this year, but with the 2008-09 recession (well, slowdown in India) looming large on the travel sector, the internal accruals slowed down. “Active development of many hotels was also hindered,” he admits.

In recent years, the hotel sector has seen too many announcements, not just from home-grown companies, but from foreign brands too. Everyone wants a piece of the burgeoning Indian hotel market. He points out that though many foreign hotel companies are foraying into India, making announcements (read headlines) almost every day, they are not really investing and are just tying up with local developers. For them, there isn’t any risk involved. “It’s Accor that is investing in hotels with its joint venture with the InterGlobe Group. So that’s one hotel company to watch out for,” he says. Accor has economy hotel brand Ibis in India, and as per Keswani’s math, InterGlobe and Accor together make up 5% of branded hotel rooms in the country.

Though Keswani, who is a sibling of actors Lillete and Lushin Dubey, doesn’t watch many Hindi movies, he feels investing in the media and entertainment business makes sense. Another business practice that has caught Keswani’s fancy is the philanthropic acts of Azim Premji and veterans such as Bill Gates and Warren Buffet. “That’s how it should be,” he says, adding that he is already mulling donating his wealth to a Trust. He points out how business heads of the industry can shell out from their personal wealth for society, but are not doing enough. Meanwhile, for wannabe entrepreneurs, people like him will remain a source of inspiration, especially for those who haven’t won the ovarian lottery.
Posted by Vishakha Talreja at 1:05 PM